I thank you for your kind invitation and regret being unable to be with
you today.

I would have liked to be able to come on May 29 – exactly three years to
the day after my fellow citizens voted "No" in the referendum on the proposed
European Constitution – and talk with you, explaining the reasons that brought
committed European leftists, members of the French Socialist party, to reject
that proposed European Constitution.

There are many of us on the left, in Europe – and especially in France –
who hope your people will vote "No" in the referendum on the proposed Treaty of
Lisbon and that your rejection will allow a profound reorientation in the
construction of Europe to take place.

First of all, let’s be clear: this treaty is the identical twin of the
Constitution the French as well as the Dutch rejected. It is presented
differently, but the text, apart from a few minor nuances, is identical,
especially with respect to the major issues that justified our "No."

We refuse to reinforce a certain idea of European construction that, as
it progressively imposes itself, simultaneously moves us away from the
intentions of Europe’s Founding Fathers. This new construct is the constitution
of a vast free trade zone (without political power and without any democratic
power to arbitrate, to regulate, or to act in the economic, social, or monetary
spheres), a space of general competition that – instead of organizing solidarity
between countries, regions, and workers – enshrines permanent competition,
competition which opposes peoples rather than uniting them, as the essential
communal value.

We do not agree to enthrone the European Central Bank’s omnipotence over
the long term. The ECB, the most independent central bank in the world, decides
monetary policy – so important for our industry (and especially our exports) and
our economy – totally on its own. Additionally, we do not agree that the ECB
should be given a mandate that is virtually entirely inflation fighting, totally
neglecting growth and employment. We desire the creation of a European economic
government able to weigh in on the ECB’s decisions and able to better coordinate
our policies in the service of growth. None of that is in the treaty! On the
contrary, it’s quite the reverse!

There’s also nothing in it about social convergence that would allow a
progressive harmonization of basic social standards such as the minimum wage
towards the top. There’s nothing against social and fiscal dumping within the
Union. The unanimous vote required on fiscal matters constitutes an unacceptable
blockage: it dooms any action for the fair distribution of wealth the left is so
particularly committed to. This dissymmetry between the recognition accorded the
dogma of "free and undistorted competition" – put forward as an intangible
principle – and the rejection of any tool for regulation and redistribution
prepares a disquieting future for us, one with growth in inequality and poverty.

The text of the treaty amplifies unregulated free trade between the
European Union and the rest of the world by hardening the Treaty of Rome in a
still more ultra free market direction. The words "and other" are added to the
treaty’s initial text (article 10A) toward the end of the phrase "the Union
gradually contributes to deletions of the limitations in international trade and
in direct investments as well as in the reduction of tariff barriers," which
amounts to denying the Union the possibility of making its trade conditional on
respect for rigorous environmental or social norms. Anyone can see that this
constitutes a significant brake to fighting against climate change or to
implementing chemical product regulation since without the related requirements
at our borders, our companies could reject ambitious regulations, relocate, or
outsource!

The same deal obtains for public services, which are not defended in any
way and run the risk of disappearing in favor of a generalized competition: this
could even affect health!

It is clear that this new treaty turns its back on any prospect of a more
socially just, more socially cohesive Europe and does not really enhance the
democratization of institutions that would allow the Union’s citizens to make
themselves better heard.

So now, the Irish hold the possibility of forcing European institutions
to rethink our common future in new terms in their hands. A "No" from your
country would undoubtedly necessitate that, within our Member States, voice be
given once again to their citizens. Otherwise, the same decision-makers who have
imposed anti-social and bureaucratic choices on us for years will be able to
continue to create Europe without its peoples, and sometimes even against them.

Marie-Noëlle Lienemann is a Socialist deputy to the European
Parliament, vice president of the Nord-Pas-de-Calais region and first deputy to
the Mayor of Hénin-Baumont (Pas-de-Calais). 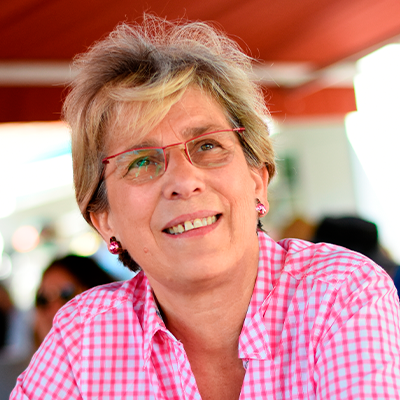